Have you ever heard of a 'combo' patch?  This means that there are two different methods to the patch production.  Today, we will learn a little more about a combo of dye sublimation and embroidery. 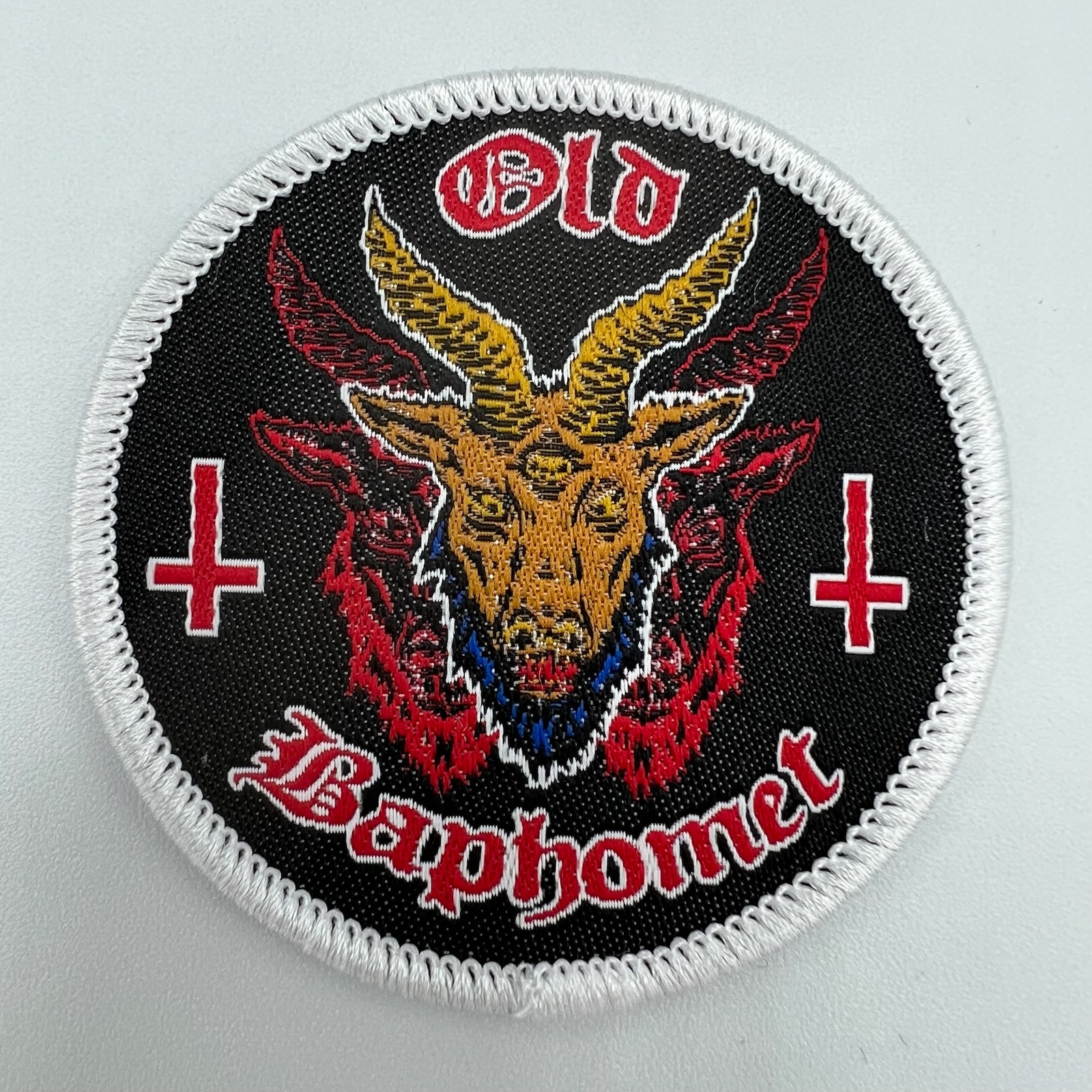 The Benefits of Woven Patches

Custom patches are a way to express your connection or participation with a team, institution, employer, cause or event by wearing it on your person, or adding it to an accessory like a bag! They’re also a fantastic way to promote your company or brand in bulk at conferences, tradeshows and festivals. 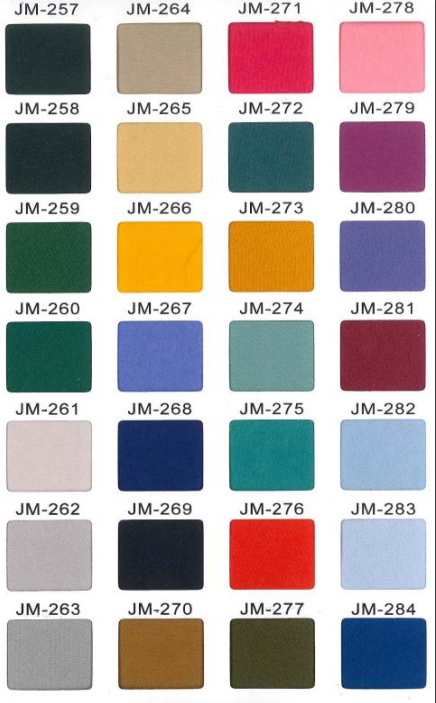 For those of you familiar with designing custom embroidered patches, you know about twill. 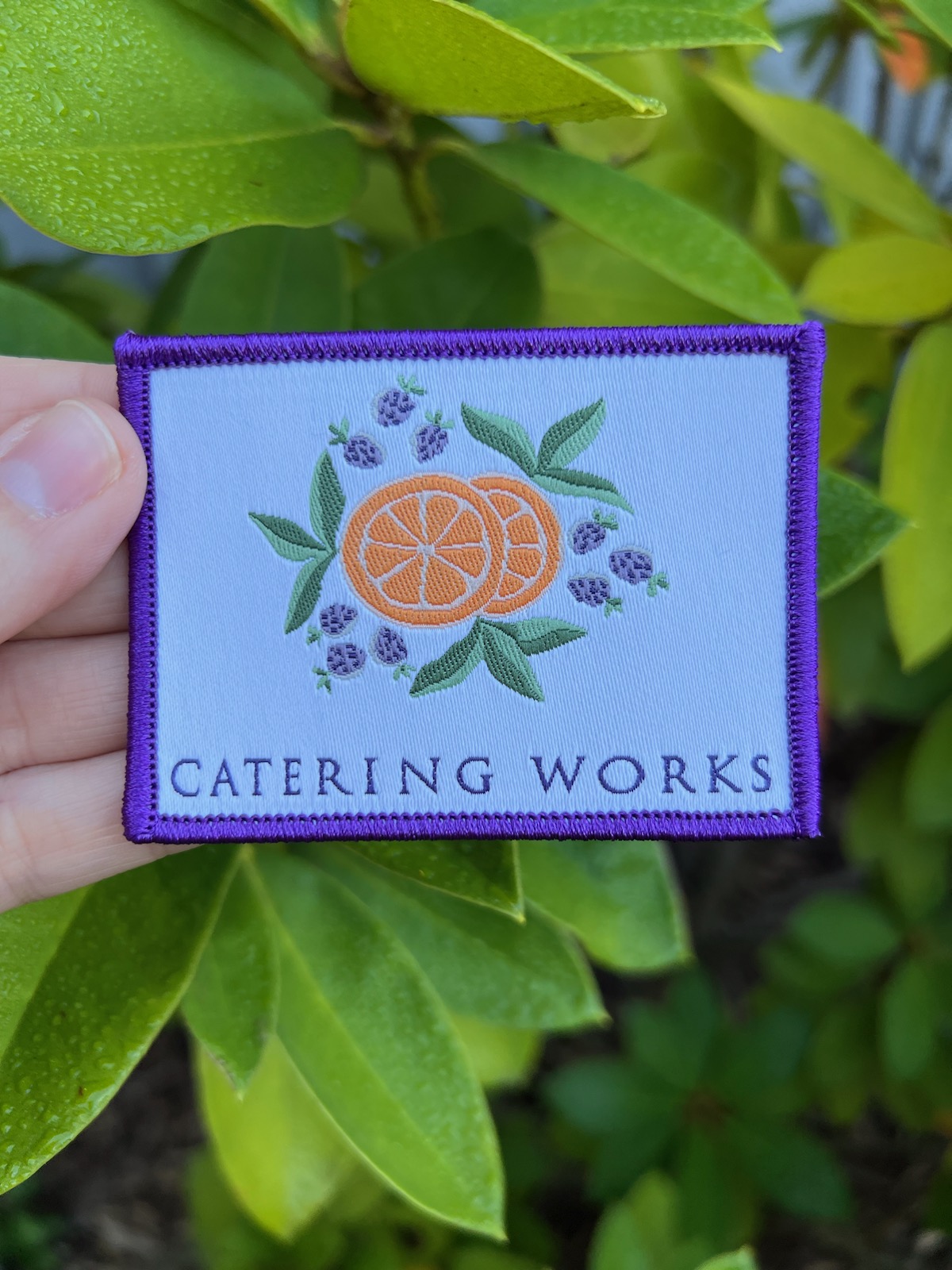 Has your business come across budget constraints when considering embroidering individual caps and uniform items with direct embroidery?  We are here to help with bulk patches! 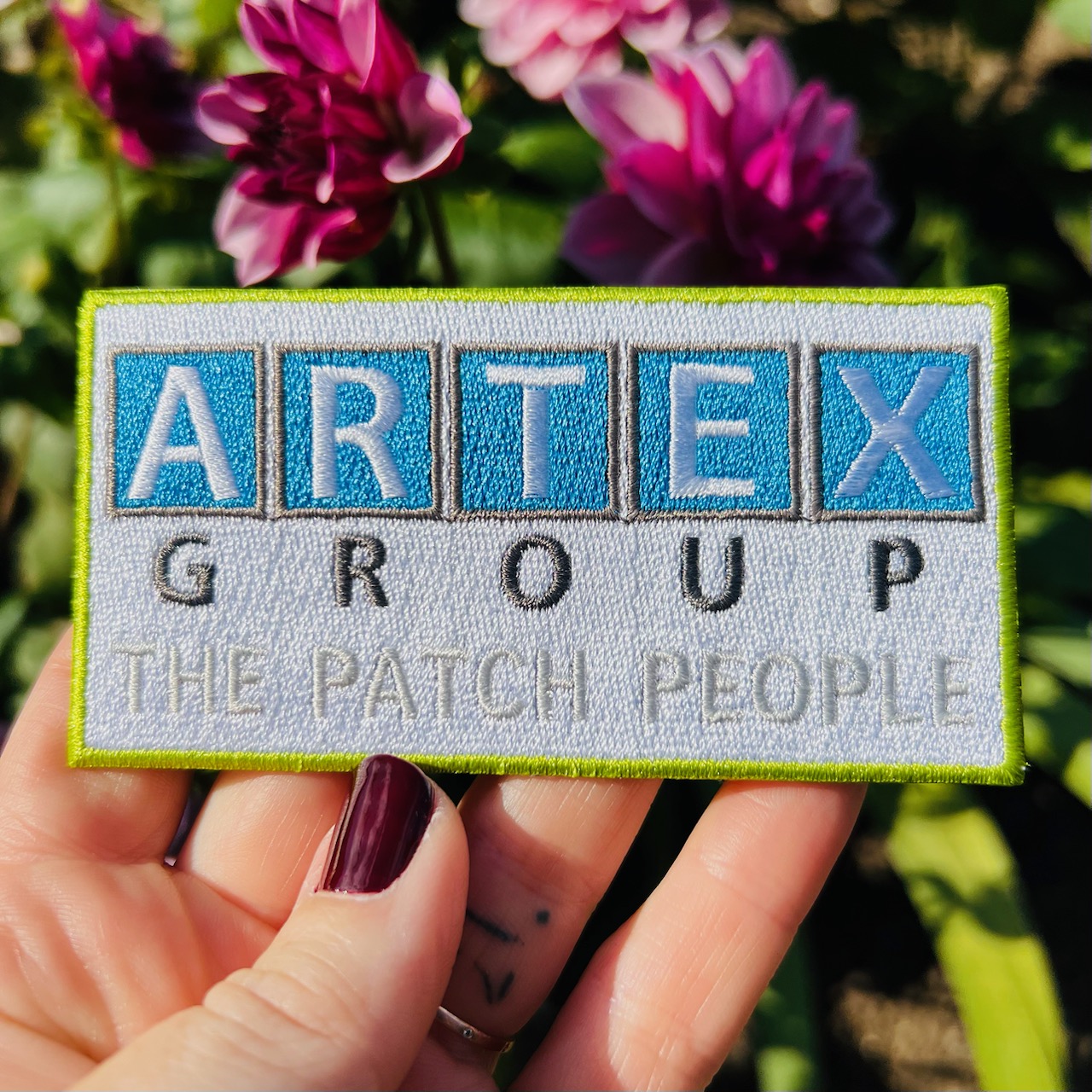 Meet our owner, Richard - learn a bit about Artex Group!

Details That Make a Difference

At Artex Group, our in-house designers have been crafting embroidered patches since 2002. Over the years we have worked with countless businesses and organizations, including renowned automotive companies, small businesses (i.e. independent microbreweries), public service teams, police departments, and more to produce over 150 million patches. Our objective remains steadfast: To create custom patches that accommodate your brand’s specific design needs while adhering to precise color and detail requests.

Our passion rests in continuing to deliver patches that represent your company’s brand with the highest quality as we manufacture at a low cost.

We offer the quality assurance of ISO-certified production to ensure our customers receive superior patches every time. We help every step of the way from concept to artwork to final production.

The process is seamless. Send us your current design or ideas, and our in-house designers will translate your brand’s identity into a patch of your choice: embroidered, woven, sublimated, or PVC. We promise to provide you with a custom quote within 24 hours of inquiry.

We invite you to start the process by submitting your current logo or ideas to receive a custom quote. 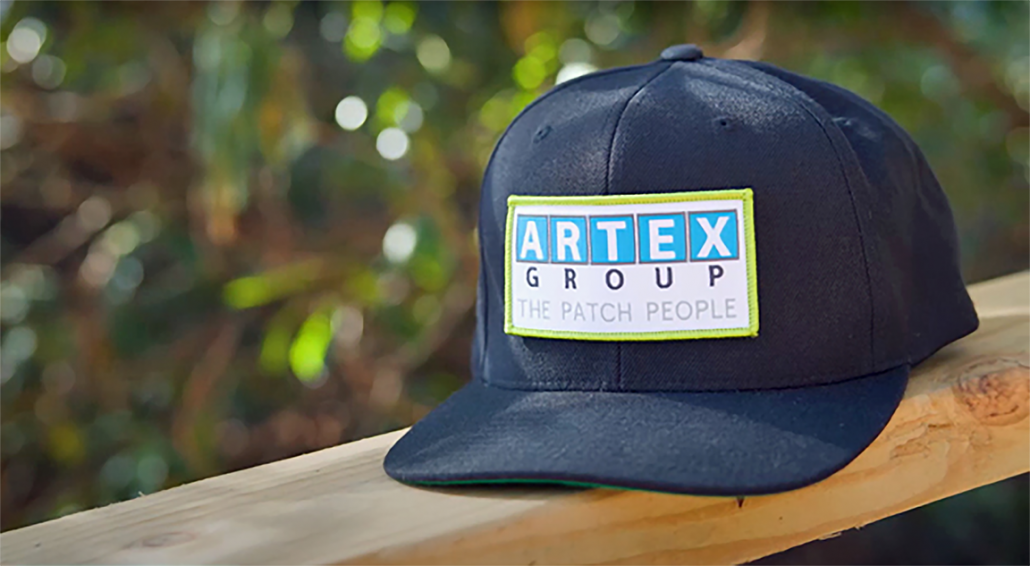 The trend of custom cap patches

Have you ever considered producing custom cap patches for your organization?  It's definitely an on trend promotional tool right now.  Think about how many people you see everyday wearing ballcaps and beanies.  If you look closer, most caps almost always have a patch on the front or a woven tab on the back or side.  Have you ever seen a cool cap with a unique patch and thought - I NEED that hat!  Or - that's a cool cap patch, let me google that company and see if I can buy one!

5 Ways to Use Patches With Your Wardrobe

Fashion always finds a way to reinvent itself. Embroidered patches were the thing in the ‘90s, and now we are seeing a comeback in using custom patches on jackets, hats, pants and more.

You might remember patches being used on denim jackets, with the cool kids ironing them on, and they would simply stick on the fabric. But nowadays, patches are used on more than just jackets.

Want to take advantage of the patches craze? Here are some ideas.

Embroidered patches on pants can be a super-easy way to give it a more ‘90s vibe. They are pretty much like the patches of denim jackets, where you just iron it onto the area where you want to have it. Or you can sew on patches to your pants, depending upon what type of patch it is.

Sewn on patches add more flexibility, so if you don’t want the patch to be too stiff, you can sew it on and should have more flow with the fabric.

Embroidered patches look best on a pair of denim jeans. If you can’t use jeans every day, you may be able to use patches on black pants.

Patches work great on denim jackets or a heavier material jacket. Be careful with using patches on cotton jackets, as the fabric may be too thin, and they may detach from the fabric when wearing them. Be careful if you are ironing them on cotton fabric, as they may burn the fabric.

What if you want to give your everyday bag a new look? Patches on bags can also make them stand out from the crowd. But make sure you choose a bag with a simple design, so the patches won’t clash with the bag design.

Where else can you attach patches on your clothes other than your pants? Okay, let’s have it—patches on tops! In this case, the cotton fabric is a bit thicker than the ones of jackets, so you don’t have to worry if they will detach the patches when you wash them.

Patches can look great on most hats and caps. They can be used to promote a sports team, club, company or non-profit organization, to name a few.

Patches are making a comeback. It’s not just the ‘90s anymore. No matter what kind of garment you will give a patch on, it will look good. You can choose to wear it on your pants, bags, jackets, hats, etc.

Artex Group is the leading supplier of the best custom patches. Design your patch today and have them produced using the best quality materials. Get it touch with us for personal, knowledgeable help.

A Brief History of Military Patches

Clothing is one of the best ways people can express themselves. After all, many things can be said about a person based on how they dress. The military learned this early on and created unique uniforms for each branch of the service.

Military patches are precisely what they sound like: patches attached to the outfits of military personnel. These patches serve different purposes like indicating rank, identifying a particular military branch, or indicating awards won or attained by the wearer.

Not many people know how military patches started, so we’ll discuss their history in this article so, please read on.

The Start of Military Patches

Not long after, the United States also decided to practice this tradition during the American Civil War. Both factions of the war, the Union and Confederate soldiers, wore different patches that identified them along with their respective blue or gray.

Military Patches in World War I

While American troops used military patches during the Civil War, it wasn’t until

World War I that they became standard. Thanks to the Industrial Revolution, it was possible for military uniforms to be mass-produced. Furthermore, people could obtain embroidery machines that allowed them to put different symbols on their uniforms.

The US Army’s 81st Division made the first-ever tactical patch. The 81st were trained at Fort Jackson, and the leadership there adopted a patch that has an embroidered wildcat against an olive green background. Not long after, most divisions created their own unique patches, many of which are now collector’s items.

More patches were created during World War II, and they were more elaborate and had more detail than World War I-era patches. Some of the most significant factors in this change were the number of divisions and the different materials used.

During this era, in order to lift spirits and improve morale the military turned to the Walt Disney Company for help. The military commissioned Disney create  patches with everyone’s favorite Disney characters on them, such as Mickey Mouse, Minnie, Goofy, and more. However, the most popular of these patches featured Donald Duck, who himself was a war icon at the time since the company produced many propaganda films with him in the starring role.

Disney patches boosted morale not just because of the patches but also because the soldiers felt that their work was important enough to be recognized by Walt Disney.

During the Vietnam war, the bright style and novelty of World War II-era military patches mostly disappeared. It was only revived in the early ’90s when the 82nd Airborne Division made a few patches as souvenirs for their war veterans.

Today some of the more popular military patches are made for paratroopers in the United States. These patches feature the emblem of the airborne and the soldiers who earned their wings.

Military patches have also appealed to civilians who often collect them. The most common ones are jungle patches made from green cloth to represent the jungles where American soldiers fought.

Military patches have been and continue to be an important part of military tradition, and the interest of collectors has grown over time. They not only look nice on uniforms – many collector’s frame patches for display.

If you’re looking for custom-made patches, Artex Group has what you need! We specialize in printing different patches, such as embroidered, dye sublimation, and PVC. We can guarantee that you’ll get only the best quality of patches through cutting-edge technology, so reach out today to get a quote!

Leather jackets are stunning. They have a certain edginess and a distinct look that is hard to ignore. If you have a leather jacket, you will always feel great, regardless of what the situation is, making it a quick way to upgrade your look.

You can also customize your leather jackets by adding patches, which is a great way to sew in your personality and style in your clothing. But how do you care for your patches and ensure it seamlessly blend with your leather jacket?

What to Know about Ironing Patches to Leather Clothing

While sewing on patches is a popular way to integrate them into your leather clothing, ironing patches is a better method since it can cleanly apply them without ruining the leather jacket.

Caring for your patches is important in making sure that you’re wearing a garment that is well taken care of. Most patches have a backing and an adhesive to keep them in place. However, if you try to apply the patch to leather or another material without first ironing the patch, the patch might not hold well in place.

The heat from the iron will activate the adhesive and attach the patch to the garment through the backing. Ironing patches to leather is not as hard as it sounds, as long as you follow the instructions and tips on how to do it.

How to Iron Patches to Your Leather Clothing

Step #1: Use a Craft Glue that is Safe to use on Leather

When buying craft glue, it is important to make sure that it is safe to use on leather. There are a number of craft glues that are specifically made for use on leather at your local craft store, so be sure to find the right one that suits leather materials.

To make sure that the leather is free of dirt and dust, you’ll want to give it a quick rub-down with a clean cloth and gentle detergent, and warm water. Gently rub the liquid onto the leather, making sure to avoid leaving any large marks on the leather.

Step #3: Applying the Craft Glue to the Patches and Leather

Step #4: Iron the Patch and the Leather

Next, use your iron on a low setting to iron the patch onto the leather. Make sure to avoid leaving the iron in one location for more than 30 seconds. If the glue is not evenly distributed on the leather, it can begin to wrinkle the leather, which is not an attractive look.

The Bottom Line: Ironing Patches on Your Leather Jackets for a More Personalized Look

Ironing patches on your leather jackets has many benefits, especially if you’re looking to add a little personal touch to the garment. As long as you are using heat transfer craft glue, it is easy to apply the patches to your leather jackets. The craft glue will help to make sure that the patch sticks and stays put without damaging the material.

If you have a leather jacket, you should definitely consider ironing patches onto it. No matter what the occasion is, you’ll feel great about the way you look and will be sure to stand out from the crowd.

Are You Looking for Custom Patches for Clothing?